Hey friends, meet Travis Chaney. He is the first to contribute to my “from the mouths of others” section. I can’t wait to feature other folks who are doing things and living in ways that are inspiring, people who have a story to tell. Travis and I are both originally from the same part of the U.S…a place that has a very unfortunate history and bleak future in front of it, without political and social progress and change. A place, where those of us who have specific ideas and live in certain ways, some might even say on the fringe, will suffer. We share the background of origin, and now share a similar story of finding our way, finding happiness and freedom here in the Pacific Northwest, and blossoming because of it.

A mutual friend told me to find Travis on Facebook, because they knew I was planning on making the move. It was our mutual friend Dan, who was both mine and Travis’ favorite teacher in college, teaching sociology and anthropology. I found Travis on Facebook, and we started emailing back and forth, for many months, maybe even close to a year. Then, when my family and I finally made the first trip to visit Portland, he met up with us, and that sealed our connection that he and I have. We have had a lot of fun together this past year, and I am grateful to have him here in Portland with me. He is smart and witty, and has a colorful personality that is perfectly suited for this diverse and beautiful city. Plus some bad ass scrabble skills. You can follow his photography and journey at http://travischaney.com/

Why I Feel Blessed to Live in the Pacific Northwest, in Oregon, in Portland

I have experienced more radical changes in my life than most people could ever imagine.  My journey in life has taken me from a small town in ultraconservative Oklahoma to a major city on the West Coast frolicking ithyphallically with liberality; from strict adherence to and the confining ignorance of an arrogant, cultlike religion (Christianity, specifically Jehovah’s Witness) to mind-freeing atheism and acknowledgment of the truths and limits of scientific discovery; from slaving away for a company that exploited me (Wal-Mart) to finding a job wherein my language expertise and gifts of intellect are appreciated, namely audiobook proofing.

It has been a long process, to be sure, and after I moved from Fort Smith, Arkansas (just across the border from my hometown in Pocola, Oklahoma), I spent five years in Ashland, Oregon, before arriving in Portland.  How did I get here?  Well, I could mention the more obvious reasons:  I met someone online and moved to be with her and then married her in Ashland, and then we split up, which brought me to the north end of the state in Portland.  But I prefer the more hippie-happy and spiritual answer:  the Me connected to the greater Consciousness superconsciously arranged things so that I would wind up in a place where I can thrive, making decisions bolder and braver than I could consciously, gently nudging me into greater personal growth. 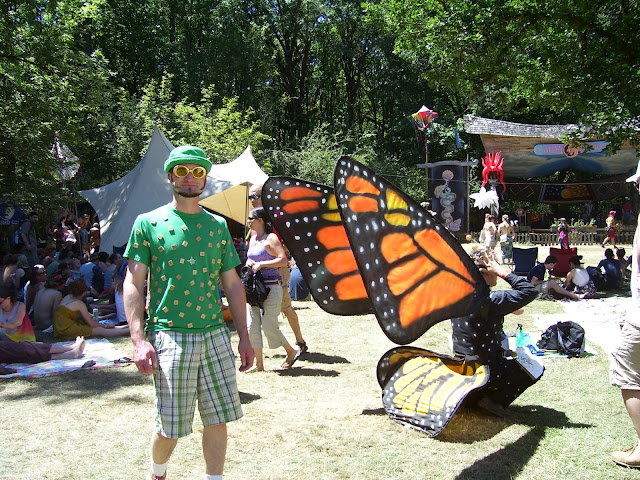 Does that mean things were instantly awesome when I moved here to Portland?  Not by any means.  Finding myself having to start over by myself in the first big city I’ve ever lived in aggravated my lifelong fight with depression.  Then I fell in love with someone who did not love me back, someone I did not leave behind because I clung to her as a best friend (also not mutual), for two years intensifying the dark vortices of hopelessness that often overtook me.  Moreover, I struggled to find enough work for many months, then found a job working for a company I loved (free awesome shoes!), then lost that job heartbreakingly.

Nevertheless, through all of this I knew that I was better off having moved here.  And things have improved for me so that I can enjoy my experience here even more.  I found someone that loves me without judgment or conflict as much as I love her, and married my sweet Sara.  I am making more money than I ever have before, and have established myself as one of the best audiobook proofers in the industry.  I have sought out therapy and have been taking medication to help me deal with my “dark passenger,” depression.  And I continue to make more connections and new friends.

I share here some of the great blessings I have experienced as a result of being here in Portland:

(1)  After working downtown for a couple of years and riding public transportation several days a week, I have become more comfortable with people, less fearful.  Yes, there are some disturbed and eccentric people here, just as there are in any city, but I have come to accept them with a sense of humor.  That being said, I realize that I am an irregular pearl myself and appreciate being in a city where I can express myself sartorially and otherwise creatively and be accepted and even valued in an environment of encouraged weirdness.

I don’t have Rain Man fits about things as much as I used to.  For instance, I am now fearless about crossing the street.  Sometimes, I even cross on the red man instead of the white hand.  I also have begun riding my bike as a mode of transportation at times, something I would have never dared try in Fort Smith, Arkansas, where I might end up pancaked under the oversized tires of someone’s Chevy truck. 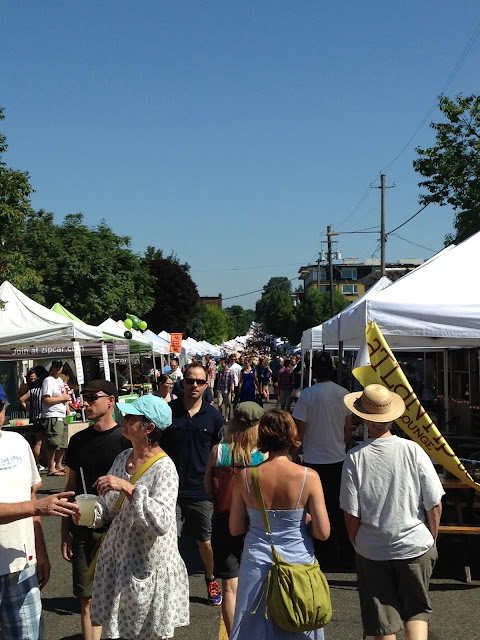 (2)  As a veteran tournament Scrabble player–20 years next April–I have the amazing experience of playing every week with some of the greatest players on the planet, using the official word list that I passionately believe all North Americans should use and that the rest of the world does:  Collins Scrabble Words.  Three of the guys I play with every week finished 1st, 2nd, and 3rd at in the CSW division at the National Scrabble Championship this year, and that doesn’t even count Conrad Bassett-Bouchard, who is in the pantheon of former national champions and is one of the handful of best Scrabble players the United States has ever produced, and various other top-rated powerhouses.

Even better, these guys love beer, so I organize Scrabble pub crawls, diluting the intense competitiveness with lighthearted playfulness.  I now view these guys as friends, not just word game sparring partners. 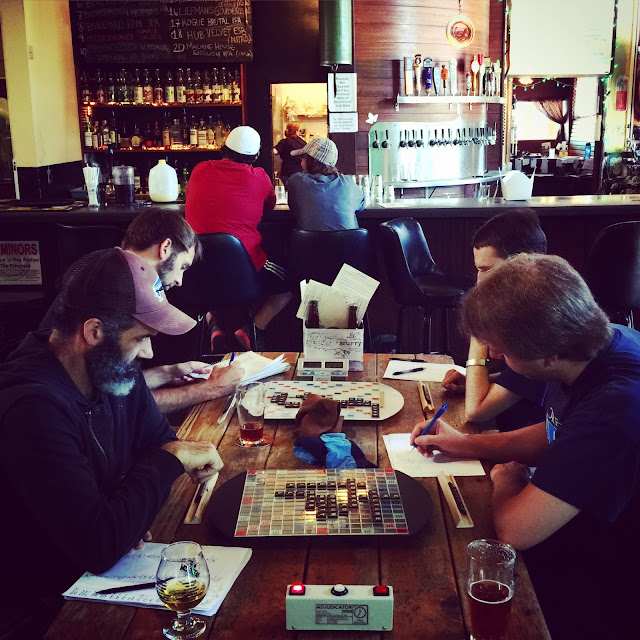 (3)  As a fan of creative music, especially that within the expansive idiom of jazz, I have found a wonderland here in Portland.  I first discovered many of these musicians by means of the Internet when I lived in Arkansas, but I now I get to see these musicians–even meet them and talk to them personally–on a regular basis!  Since I have moved to this city ,the list of my jazz idols that I have gotten to see create their magic include:  Matthew Shipp, William Parker, Hamid Drake, Peter Brotzmann, Roscoe Mitchell (whom I got to chauffeur around), Ellery Eskelin, Brian Blade, Wayne Shorter, Danilo Perez, Wayne Horvitz, Nels Cline, Dave Douglas, The Bad Plus, Chris Speed, Jack DeJohnette, Bill Frisell, Tim Berne, Matt Wilson, to mention just a few.  (And I have some great tickets to shows at the 2016 PDX Jazz Festival.) 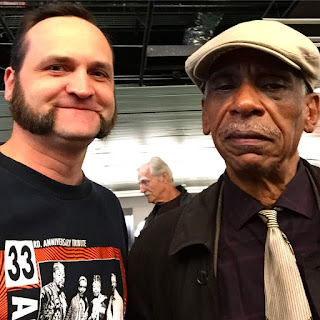 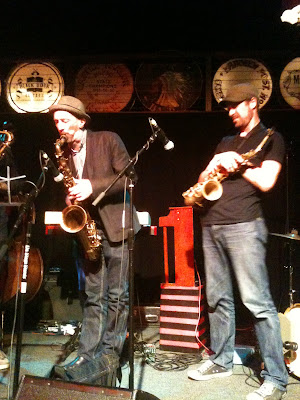 Additionally, I have gotten to hear and befriended a number of very talented and creative local musicians, including all the beautiful folks in Blue Cranes, and more recently Andre St. James.

(4)  The Pacific Northwest superabounds in natural wonders.  There is old growth forest, high desert, the incomparable Oregon Coast, mountains and rushing rivers and waterfalls galore.  I have spent more time outside here than I ever did back in Arkansas, called ironically “The Natural State,” but noticeably lacking in natural wonders.  (Though I do recommend taking a drive up I-540 to Fayetteville when the leaves are changing in autumn.) 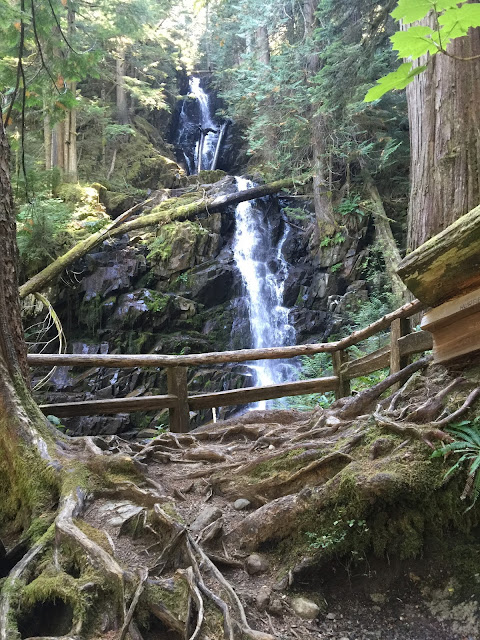 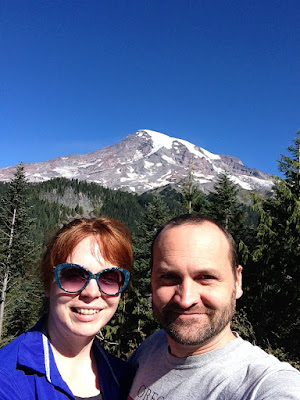 (5)  This is perhaps the gustatory capital of the U.S.  I have experience more amazing food and drink here than I could even imagine anywhere else.  Right here on my street, NE Alberta, there is Iraqi, Southern, Mexican, Honduran, Ethiopian, Mediterranean, French, Italian, Thai (four within walking distance!), a vegan bar, a hotdog-and-cocktails-on-tap bar, a creative taco bar (where you can have things like Bob’s Your Uncle, ‘British style fish and chips taco with malt vinegar, coleslaw, and a lemon wedge’).  And, of course, as a lover of beer, I am in perhaps the greatest area on earth. 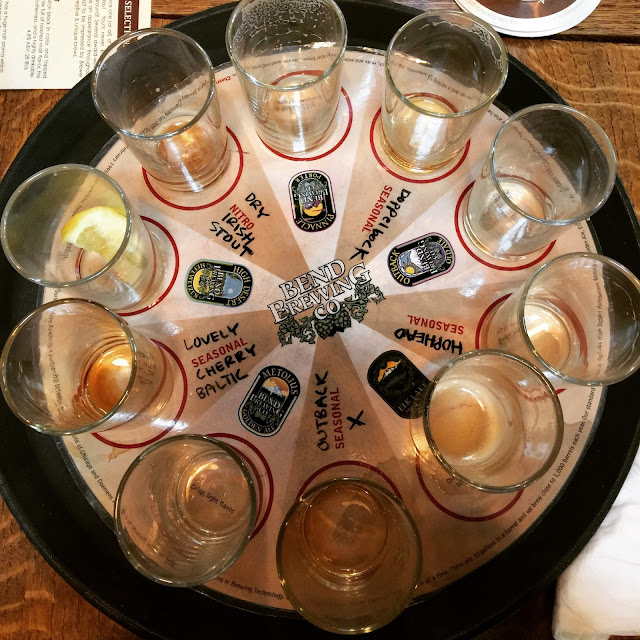 (6)  I have become comfortable in my own skin, comfortable with sexuality.  People here are not afraid of vaginae and penes.  We have probably the largest world naked bike ride in the U.S. (maybe even the world?).  We have an annual amateur porn festival, HUMP!, which is an entertaining and uplifting public expression of something very important in life (even to Bible-thumping, Jesus-flinging fundamentalists Christians):  sex!  Whatever sexual orientation or preferences you have can be found in abundance here in Portland.  It is refreshing to see gay couples openly showing affection in public, people with beards in dresses and people with breasts and buzzcuts. 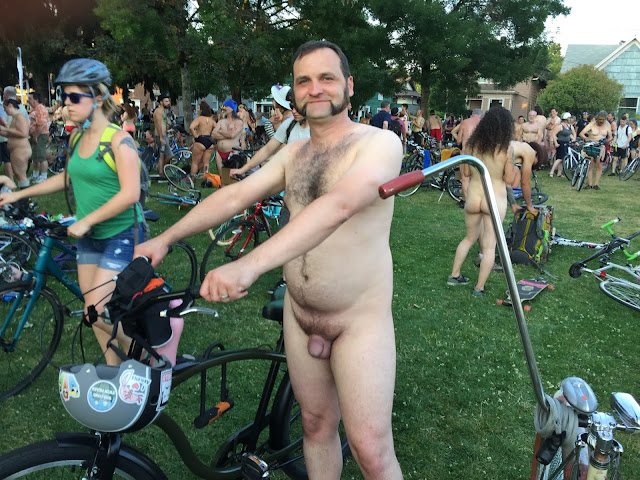 There is much more to do here than I have the money or time for, and now I am blessed to get to enjoy these things with a life partner. There will likely be a day when we have to move away for a while, maybe ever for good. But a part of my heart will always be in Portland (as are parts in Ashland and even back in Arklahoma).